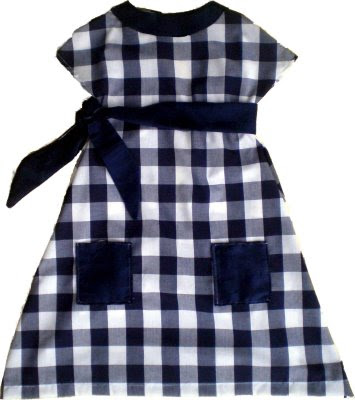 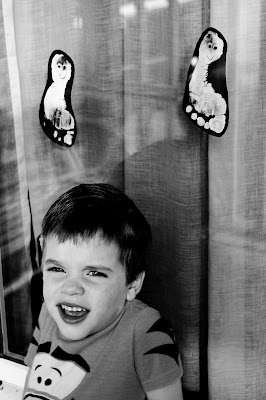 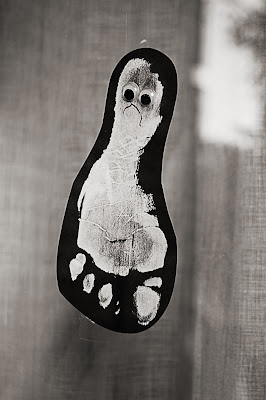 My boys and I have done this for a few years now. I recruited Gage this time (since he is not in school) to help me make his feet in to ghosts. We just used black construction paper and white paint. I painted the bottom of his foot and we stamped it on the paper. We cut them out and Gage added the googly eyes and mouths with a black pen. A few days later he decided that we needed some more, so this time Mallory and I added our feet in to the mix. I am not sure what Mallory thought even though Gage kept saying, "doesn't it tickle girl?" She didn't have any defining expression, but she let me paint her foot anyways. I only did one because my foot took up most of the paper and Gage told me to leave room for more of his feet on it! This one is so easy and fun to do.
Posted by traci at 1:46 PM 1 comment: 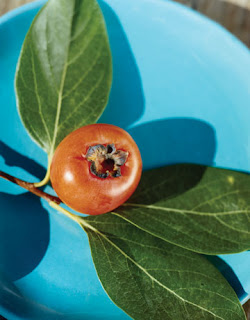 I was reading my October Country Living and found this article about persimmons. Those little guys are all over my back yard from the big windstorm we had here last week from Hurricane Ike. We get them every Fall and I found the tree where they came from. So, it looks like we have a persimmon tree. The article says they are great to eat, so I think I will be trying those out. We already have raspberries that my four year old goes out to harvest (puts all in his mouth) every day and now if he knows that there is even more to eat in his own backyard, I think he will be overjoyed. 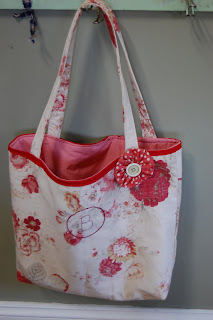 I made a tote for my mother in law for her birthday that was on Monday. She works as a house sitter in a model home and usually reads her mail, balances her check book, reads magazines, etc. So, I wanted something she could tote those back and forth in.

On Monday I tried to open up some pictures from my external hard drive and it kept saying it couldn't because of a corrupt file. I became a mess. We tried to hook it up to the lap top and it said the same thing. Okay, all my friends have been having computers crash and external hard drives go crazy on them and now it was my turn. I had been in the process of backing up all my photos on line too and I was only up to March 2008, so I was panicked. Thanks to my sweet computer literate brother in law and my husband, those photos are back. But, now I am backing up the back ups! 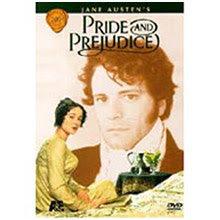 I have been watching the long PBS version of Pride and Prejudice while I have been crafting (and supposed have been working out) this week. I have the more recent version with Keira Knightly and love it. But, there is nothing like the older version with Collin Firth. The looks he and Elizabeth give each other are to die for. You can't beat all the build up that goes in to that relationship. Oh, I love that movie. 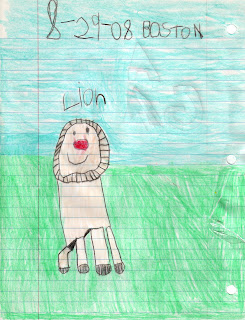 Check out this cool drawing by Boston (age 6) that he wanted to take in to art class at school and show his teacher. Love that lion.
Posted by traci at 7:34 AM 1 comment: 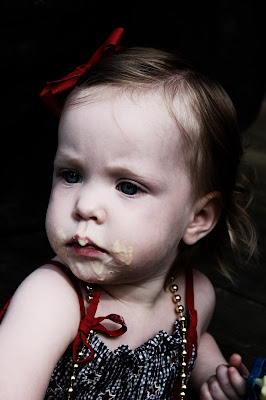 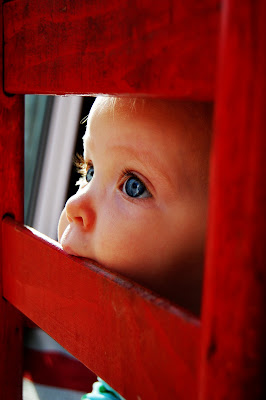 I am trying out a few things Photoshop has to offer and I think I am in love with actions. Here are a few from Coffee Shop Photography. She writes actions for both Photoshop and Elements which the ones for Elements are harder to find because they take a little tweaking. She has some great ones for free!
Posted by traci at 1:48 PM 1 comment:

Go here today and tomorrow to buy crafted beauties to benefit the Nielson family. I put a few things in (onesies with little lounge pants) and there are a whole lot of other very crafty items for sale. It starts today (Tuesday) at 10am pst and goes through tomorrow. Read here if you need more information!
Posted by traci at 8:20 AM 4 comments:

What to do with the pillowcase collection I have founded lately? I tried this bag from Martha Stewart and it's cute, but very lazy dayish. 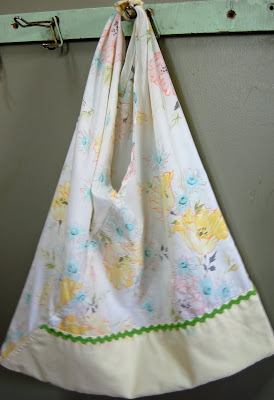 Like, you couldn't carry anything too heavy in it, but really cute if you want to throw in a lunch for a picnic. Then, I wanted to make a tote. And as a wise woman once told me (my mother in law), "You can never have too many totes." And since I agree with that, I made this one. The pillowcase was well worn and soft, so I fused heavy craft interfacing on to the back of the outside fabric (the pillowcase). I added some yo yos as well. I love it and can't wait to pass it on to someone who needs one more tote! 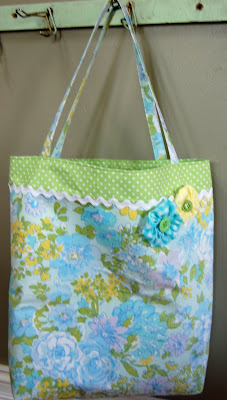 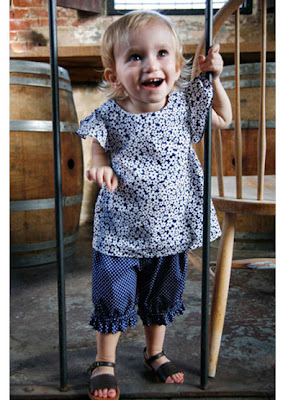 I love all the patterns at Burda Style and this is a new pattern for little girls. Check it out. Photo via Burda Style
Posted by traci at 5:07 PM 2 comments:

good ones from martha 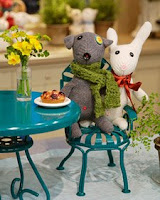 Here are a few of the great ideas from Martha Stewart's website that I want to try soon and I think others should try too:

i think i've got this down 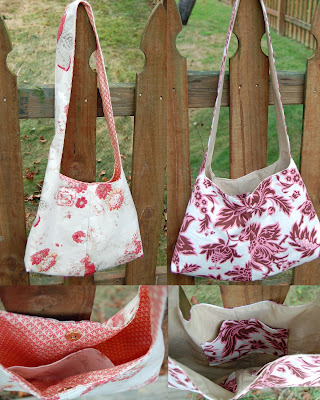 Yeah, a few adjustments to this (which is this) and I am loving it. In case you're wondering, I added 3 inches to the bottom on the bag on the length, 1 inch to the top of the strap, 1 inch on each side of the bag (only to the pink and brown one, so 2 inches total in width), and the interfacing - which is fusible medium weight and added to the outside and lining fabrics. More pockets and a magnetic snap. So, basically, it's the bare bones of the bag with a twist. The floral bag is for a dear friend and the pink and brown Amy Butler fabric is mine. I have been hanging on to this Amy Butler print for awhile waiting for the perfect project. But, if you wait for the perfect one you will never use the fabric and you have to use it with one you think is pretty darn good instead.
Posted by traci at 7:21 AM No comments:

I bought these magnet strips at IKEA for $1 and told the friends that I was with that all you had to do was cover them in fabric and they would be so cute. Well, it was time to make that happen. So, here's how I did it - 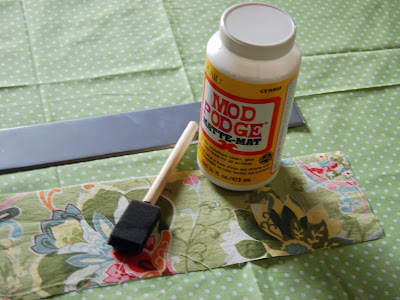 this is what you need along with light weight fusbile interfacing. 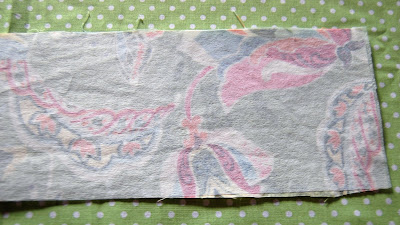 First, cut fabric to size (1 inch excess all the way around). Cut light weight iron on interfacing the same size as the fabric and iron on to the back of fabric. 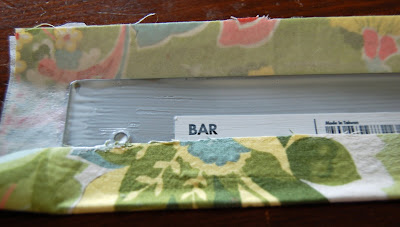 Next, brush a coat of Mod Podge on the front and back of magnet strip. Lay the fabric on and fold over the back, smoothing the front of the fabric as you go.

Then, slather more Mod Podge all over the entire strip and fabric adding 3 or 4 coats and letting it dry in between each one.

Now for those magnets - 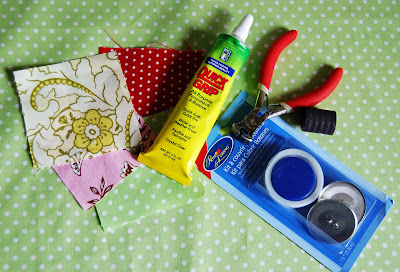 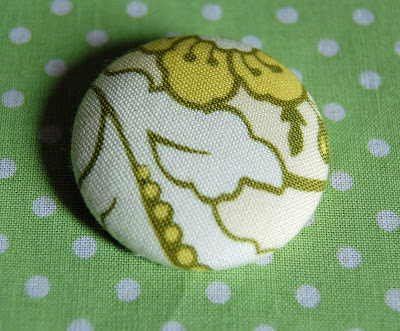 Cover the buttons - my favorites are the jumbo size. 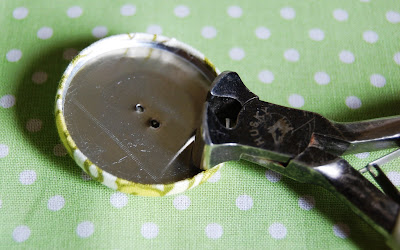 Snip off the back metal loops (I am sure there is a correct term for these, but I don't know it!) 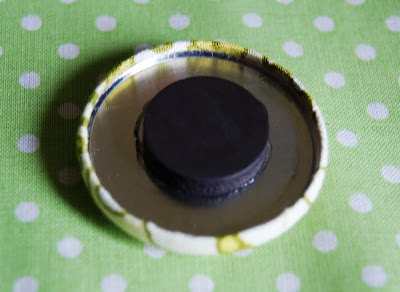 Finally, glue the magnet on the back. 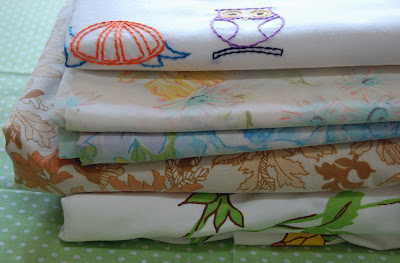 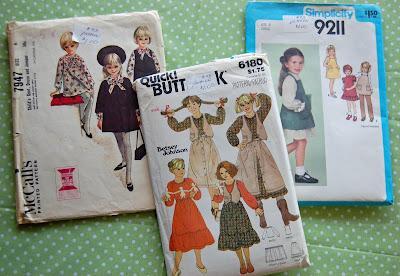 Since school has started for the two eldest children in the family, the young ones and I have set up some swaps and playgroups with friends. I called my husband after leaving both my 4 and 1 year old at a friend's house and said that I hadn't been alone in the car in the daytime since I used to go to my OB appointments. And, those can't be counted as alone time because you are touched way too much to call it that! First thing I wanted to do was go out to eat with a friend, which I did. Oh, so nice. Second, go to a place where I don't want to take wiggly people *that would be the 1 and 4 year old*. The flea market! These were a few of the finds I came home with. I am thinking the pillow cases and sheets will be more lounge pants and baby pants. The patterns (there were a ton to pick from) were just a whim. I did pick the three out that I would most like to see my Mallory in. We'll just have to see.
Posted by traci at 2:20 PM 1 comment: