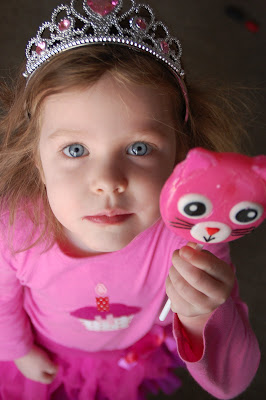 A party of pink, pink, Princesses, Tinker Bell, Dora, unicorns, Tangled and more pink. This is what Mallory requested for her birthday party. So, I went with the theme "Anything goes as long as it's mostly Pink!" I decorated with lots of pink, a few princesses and a couple splashes of blue since she did invite two boys along with seven girls. 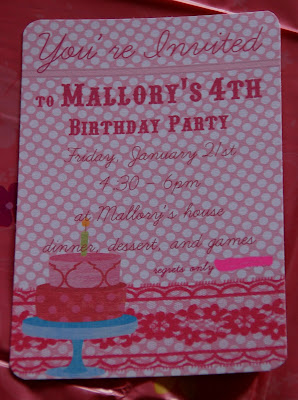 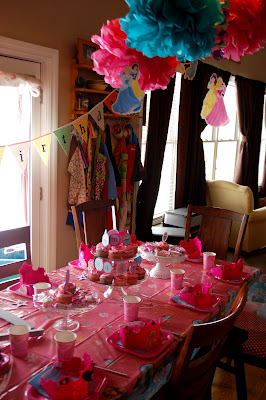 CROWNS - I made these out of large sheets of stiff felt. I found the pattern for the princess crowns from the Koala Brains blog. I added silver sequins to the bottom of each crown. Then, I chose a different color of felt for each heart that I appliqued on to the crowns. The fun part came when I went through all my brads and buttons and added them to the crowns. I was even more excited when I realized I had every one's initials in silver glittered chip board alphabet letters that I glue gunned on. I used a piece of 1" wide elastic and sewed it to the ends of each crown in the back making them fit everyone for awhile - a little give as they grow. For the shape of the boys' crowns, I followed the pattern from the Juicy Bits blog . 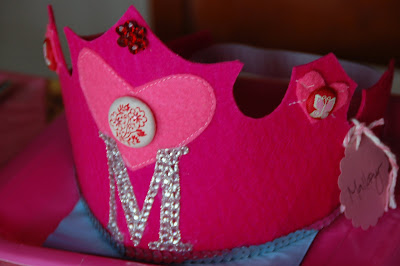 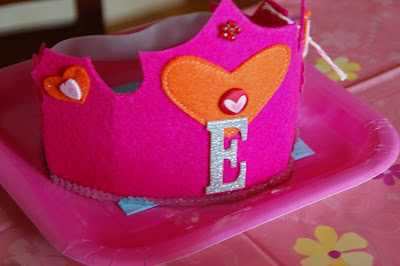 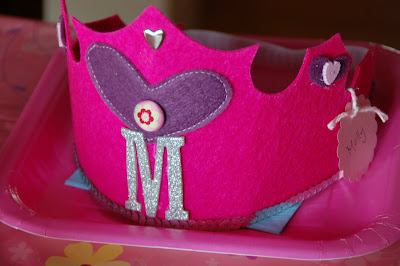 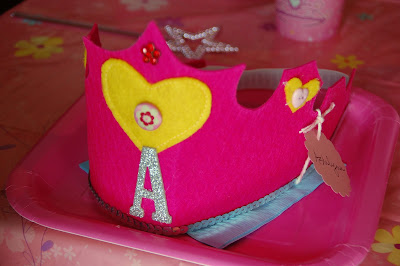 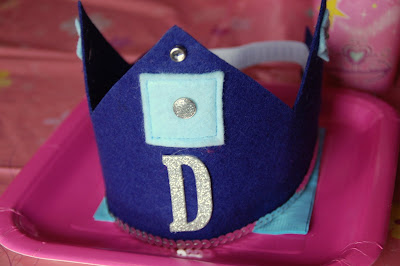 TISSUE POM POMS - I followed this tutorial on Martha Stewart.com. I used 10 sheets of tissue for each. They were easy, although some of them were a little bit funky in shape after I fluffed them! 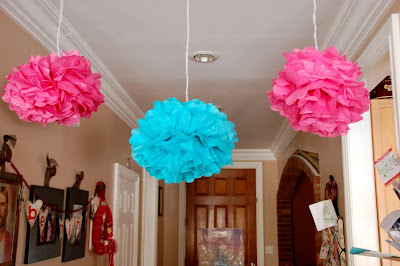 CUPCAKE TOPPERS - I used Photoshop Elements to make 2" circles using the shapes in Artworks and Effects. I added "m's", "4's" and cupcake graphics from my digital scrapbook images to the circles. I punched out the circles with my 2" circle punch. Then, I punched color and patterned paper from my 2 1/2" scallop punch. I attached them to toothpicks and they were ready to put in cupcakes. 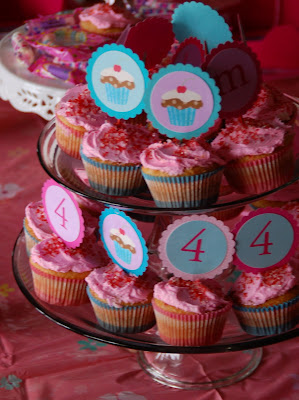 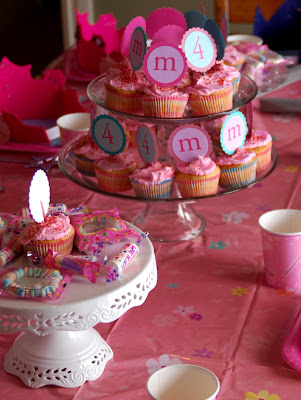 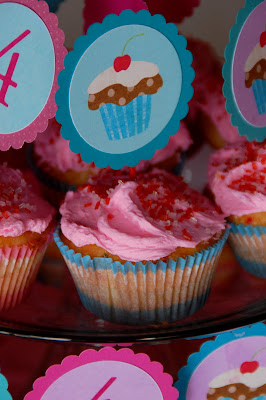 GIFT BAGS - For the girls, I had some Tinker Bell fabric I got on the cheap when Wal Mart was clearing out their fabric department a couple of summers ago. I just made simple bags with a drawstring at the top. I added each girls initials to the front of the bags. Now, for the boys, I had some vintage Disney Robbin Hood fabric that my mother in law had given me. They too got initials on the front. I filled the bags with candy jewelry, swirly straws, and PEZ. 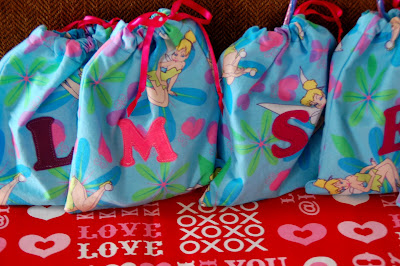 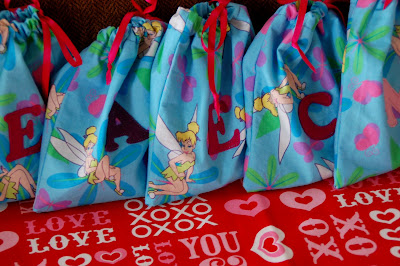 GAMES AND ACTIVITIES - Each girl had a wooden unicorn (knights for the boys) waiting for them to color. We added liquid glitter to the manes when they were done. Then, they went to another table and made bracelets out of Life Savers, Fruity Cheerios and thin elastic which they wore throughout the party. We played our version of Pass the Pig. We passed Mallory's favorite stuffed animal - Traci , the Pig (named after me!), and when the music stopped, whoever had the pig was out. The last one remaining, won. After dinner, cupcake eating and present opening, we played Freeze Dance until the parents came.
BIRTHDAY SHIRT - I found a blank pink shirt hanging in her closet and appliqued a cupcake with a #4 on top of it. Quick and easy. The great thing was that she had leggings and a tutu skirt that matched pretty well to go with it. 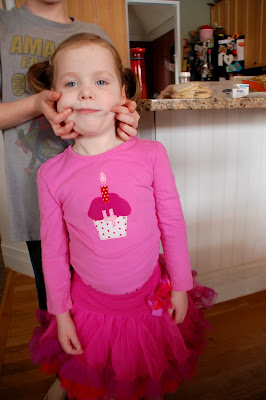 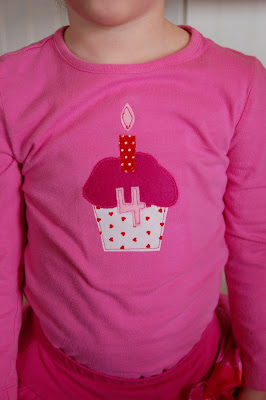 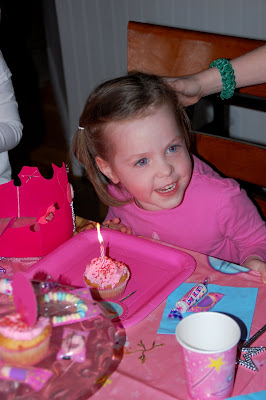 I am loving these stick charms - especially pairing them with larger charms on my necklaces. I made a few today for the shop. I plan on making many more. Here are a few of the ones I listed. 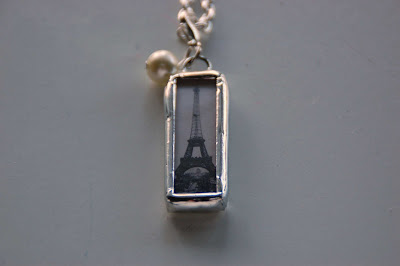 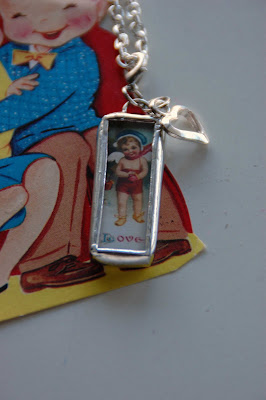 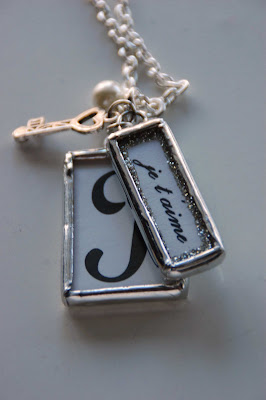 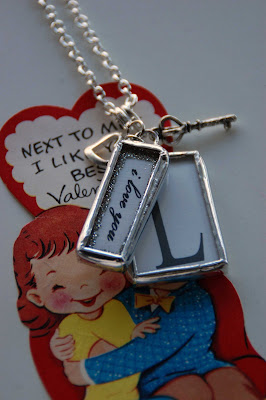 My mom is amazing in so many ways. To be honest, I love being the beneficiary of her talents. Last summer she came up with this cool camera bag (she needs to make a pattern for it!). I saw the one she made herself and wanted one. I knew I wouldn't sew one for myself. I had forgotten about until I opened up my birthday gift last week. Yippee! I have one and I love it. She made mine from decorator weight fabric (Amy Butler, I think?). It has a pocket on the inside and I love the detachable strap. It sits right on my hip when I wear it across my body. Perfect. 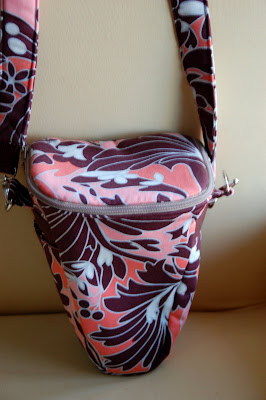 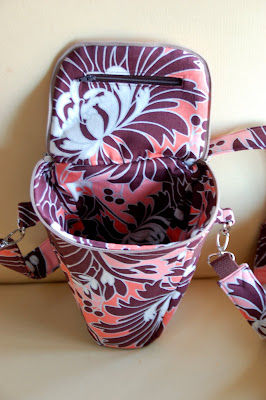 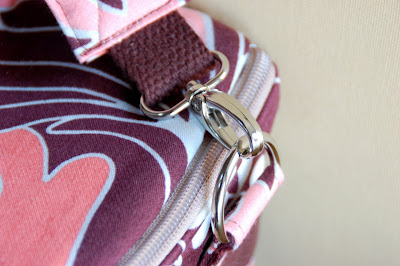 And, if any of you have been reading this blog over a year, you will know that I had great intentions of making this bag - the Amy Butler Birdie Sling. I had most of it cut out and even had the fusible fleece attached. But, it sat on my sewing table for too long until my mom came here in August. She took it home with her. She still has to clean up after me! She finished it for me (really, made the entire bag) and sent it back with my dad when he came to visit in November. I had forgotten about it (I tend not to remember much!) and when he pulled it out of his suitcase, I was in shock. It looked much better completed than sitting in pieces on my table. 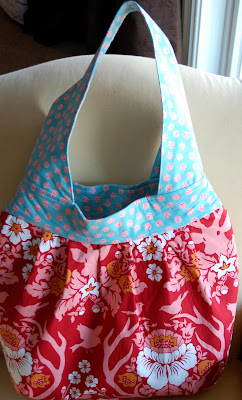 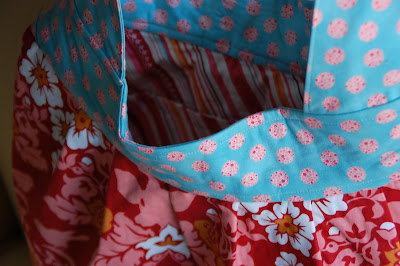 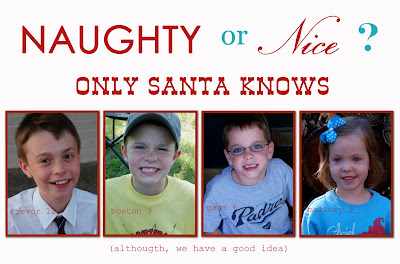 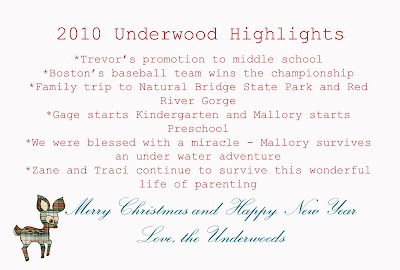 back
I like to see every one's Christmas Cards and try to get ideas for next year. I didn't have a family photo taken this year, unfortunately, but I was able to find a cute photo of each of the kids to add to this one. I ordered my cards at OvernightPrints.com as 4X6 postcards with envelopes for such a reasonable price. I love that they offer a gloss sheen and rounded corners. It's the reason I chose them for my business cards as well.
Posted by traci at 4:27 PM 7 comments: